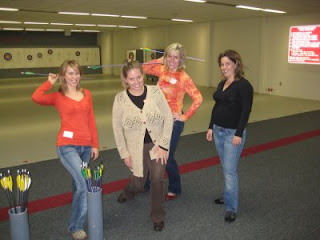 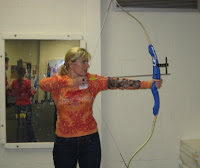 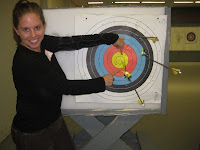 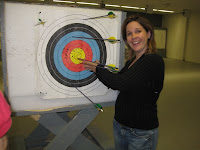 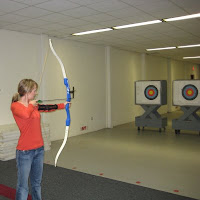 After, we had dinner and drinks at Sweetwater Tavern in Centreville to celebrate our Robin Hood and Eros-like prowess. (And P.S. Yes, we are totally "zany" in our arrow-through-the-head picture above. We are some wild and crazy dilettantes.)
Posted by Brutalism at 1:14 PM No comments: