Supplemental Activity -- Brew at the Zoo 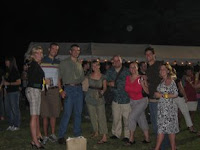 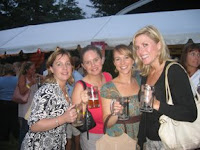 Okay -- not an official dilettante activity -- more of a supplemental dilettante activity -- with the boys. Well, for at least part of the evening, but not the part where we were all doing the "dilettante dip" down each other's cleavage, prompting the couple ahead of us to sneer and the guy with the messed-up grill behind us to keep screaming, "titties", and the crowd of men behind that to fan out to see what was going on. And not really for the part of the evening where I used the convenient pull cord on my shirt to get more generous pours from the sampling people at the beer tents. And also not really when we took turns taking pictures down each other's shirts...and then deciding as a group that the lighting was off on Nicole's pictures, and then re-taking it and all saying in unison, "ahh...much better."

And come to think of it...not really the part of the evening when Amy mentioned that her dad, Townsel, likes to "freeball" it, or when Amanda lovingly noted that my mom's boyfriend, Jack, is an "Assman".

But they were there with us for the best part -- you know, to drive us home.
Posted by Brutalism at 11:25 AM No comments: 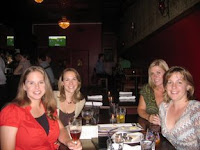 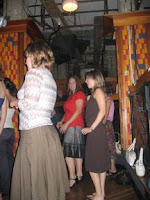 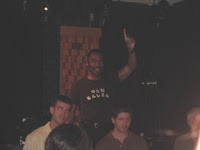 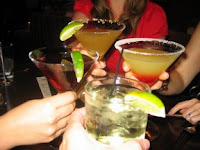 Posted by Brutalism at 10:11 AM No comments: