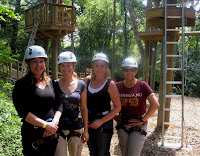 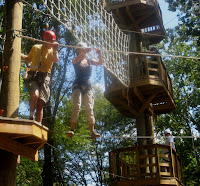 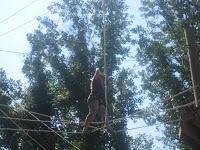 We are rock stars and are still rocking some serious bruises from this little adventure.
Posted by Brutalism at 9:29 AM

Thanks, ZM! This was one activity where we were all so proud of ourselves...definitely way outside the comfort zone...