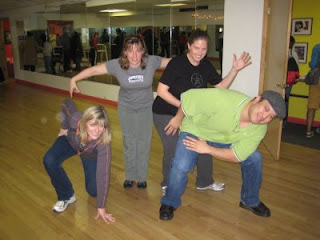 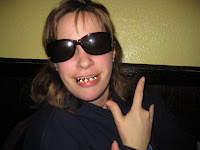 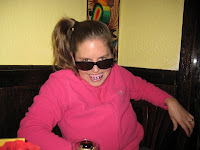 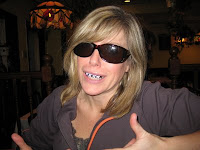 We are so damn funny!

K.C. - hope your back's better. Looks like you threw it out? Or maybe broke a hip during the hop?

Dear JenBC -- I know -- is that the worst pose, ever? Instead of looking hip-hop, I look like my sciatica is acting up again...

Dilettante Amy -- Do you plan on wearing your grill to your fancy new job in your beautiful new office? I can't imagine anything that would instill confidence in people who want to invest money more than that...

You're having so much fun.

Why don't I know any crazy people like this???