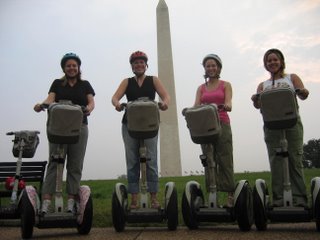 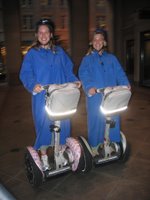 Necessary beers and food followed at the Old Ebbitt Grill (thank God for cushioned seats.)
Posted by Brutalism at 9:07 AM

It sounds to me like you guys acted like idiots on this guys segway and then refused to pay for breaking one of them.